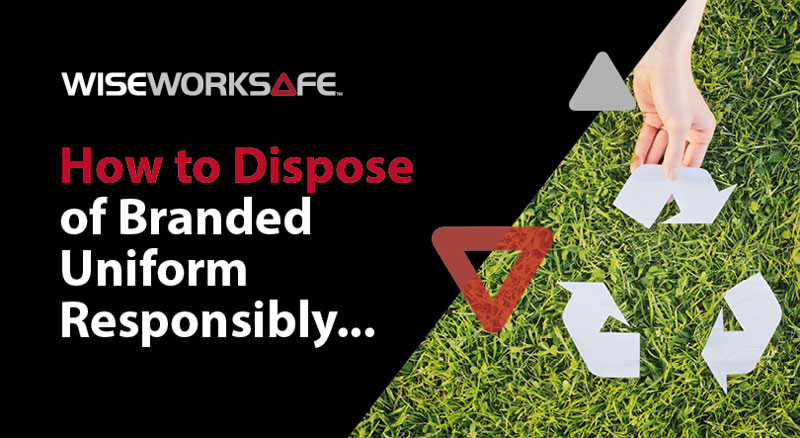 Uniform recycling in the UK offers firms another opportunity to burnish their environmental credentials and attract new customers.

It's estimated that two in seven working adults in the UK wear a uniform at work, adding up to around 33 million items of corporate-branded clothing that are used in all kinds of sectors around the country. It's also believed that the majority of these garments — around 90% —  end up in landfills every year or are incinerated as the clothing becomes worn and new ones are required or people leave their employment and hand in their uniforms.

This adds up to a staggering 15,000 tons of discarded clothing that has a hefty environmental impact, whether from our ever-expanding landfills or pollution-emitting incinerators. It also represents a significant waste of resources, given the energy and material requirements that go into making clothing in factories.

And it means large costs for companies that dispose of their old uniforms as well as posing a reputational and perhaps also a security challenge if company garments branded with their logo get into the wrong hands and are misused. Thankfully, there exists an option to slash these environmental and financial costs, as well as the risks, by opting for uniform recycling in the UK.

Fabric waste has become such an issue that a growing number of companies in the UK are now taking action and recycling their uniforms. But obstacles remain, and some firms and organisations are reluctant to recycle for a number of reasons. One of the main ones is simply how to go about uniform recycling in the UK, the logistics of doing so and the costs involved. Just like with so-called “fast fashion”, many firms believe it's just easier and cheaper to get rid of their old garments and buy new ones.

Companies may also think that, because corporate uniforms often involve heavier fabrics and materials, it might not be possible to recycle them — at least in the usual way — so they're dispatched to the nearest incinerator or landfill instead. And then there's the fact that corporate-branded clothing contains logos and other elements associated with a company's image that might be hard to remove and, therefore, have security risks if someone outside the firm gets hold of them — wearing such uniforms, they may be able to gain entry to the company's offices or facilities, for instance.

Additionally, there's no legal requirement in the UK to recycle uniforms like there is with other commercial items, including waste and its proper management. So many companies — already bogged down with regulations and rules they must comply with — feel there's no need to go to the added trouble and expense of uniform recycling in the UK.

Taking Action with Uniform Recycling in the UK

When firms and organisations decide that they will go ahead and embark on a uniform recycling programme, they stand to benefit in a number of ways, chief among them is their environmental credentials. They can let their suppliers, customers and clients know that they have this added eco-accolade by mentioning it in their literature, such as brochures, and on their social media accounts. At a time when more people than ever are looking to companies to be more environmentally friendly, it makes sense to recycle as much as possible, including corporate clothing.

They can work with a recycling programme to ensure their branded clothing is recycled in a way that removes or destroys their logos and other branding materials, such as by shredding them and then using the fabric as a noise-reducing material or for cleaning. And companies stand to make savings in other areas too, including on landfill taxes.

So why discard used uniforms when you can recycle them and save, protect and gain all round?

If you’d like to know more about corporate-branded clothing and to order top-quality uniforms in the UK that you can recycle, contact the experts at WISE Worksafe today.